Understanding lighting is perhaps the most important part of photography. Today nearly every DSLR (and Point and Shoot) comes with a built-in flash. Unfortunately, these built-in flash devices can produce surprisingly garish photos... considering that they are supposed to be there to help you. There are several types of flash units that you can (and should) master to get the best pictures possible in practically any lighting situation. Let's take a look, shall we? 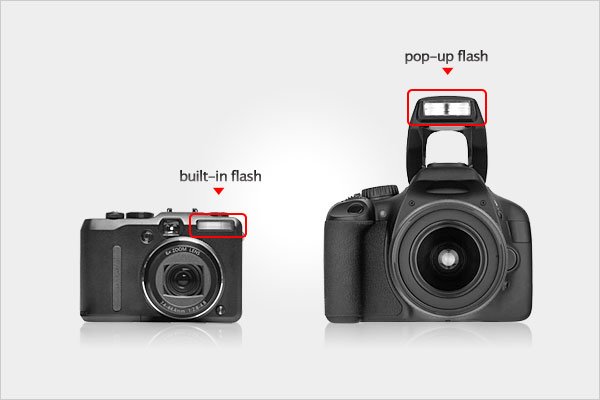 Built-In & Pop-Up Flashes are flash units constructed within the main camera body. They are on-axis with the lens, so when you fire these flash units, the light fires in one direction only — directly at your subject. This is usually problematic, because the on-axis light causes harsh contrast and hard shadows; not to mention causing the background to be unreasonably dark. We’ve all seen this problem in photos, usually ones that our friends take at night or inside at clubs and parties. You can avoid this unsightly effect by balancing the flash with the ambient light in the scene. You do this by metering the scene – without the flash – and then turning the flash on and taking your photo. 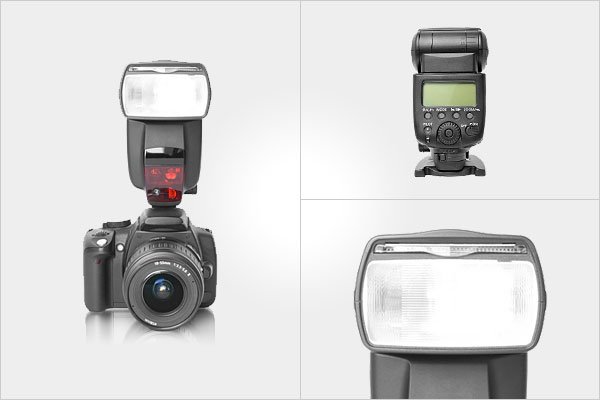 The dedicated flash is a flash unit that fits into your camera’s hot shoe (that slot on the top of the camera body). The dedicated flash is a great piece of gear that communicates with the camera. In combination, the camera and flash use information about lens length, ISO sensitivity, f-stop and shutter speed to determine optimal flash-strength output. The dedicated flash is preferred over the Built-in/Pop-up flash for many reasons, but one of the best is that you can avoid red-eye by angling the flash and bouncing the light onto your subject. In addition, many dedicated flashes pre-flash to get your subject’s pupils to constrict and avoid red-eye. A dedicated flash is a far better tool than the built-in flash because of the versatility it gives you. Even more versatile is if it comes with a cable, allowing you to detach the flash unit and position it at any angle for the best possible photo… and believe us you’ll be impressed by the freedom. 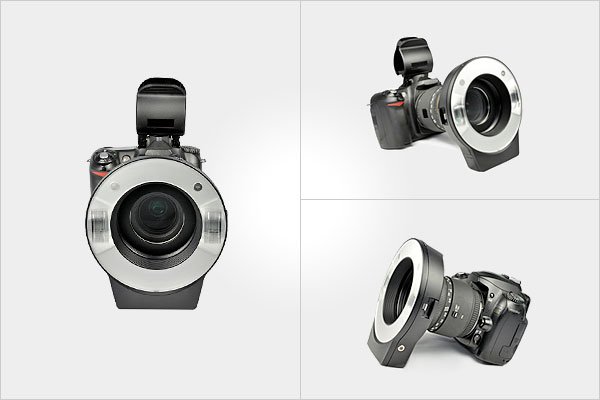 A ringlight flash fits on the barrel of the lens by screwing onto the attachment threads. It provides a soft, diffused light source that is ideal for Macro Photography. The fragile parameters of Macro photography preclude using a built-in flash, and a dedicated flash unit doesn’t have the exacting direction capabilities to properly illuminate a Macro subject. The Ringlight Flash enables you to get as close as possible to your close-focus subject and flash it with a light source that will not give you hard contrast or shadows. Instead you’ll get soft, even illumination that will bring out the details.

A hammerhead flash is a flash unit that is separate from the camera and is not attached to the hot shoe; it screws into your camera’s tripod bushing. The flash unit sits to the side of the camera and it off-axis just enough to limit red-eye in your subjects. It’s a favorite among press and wedding photographers because the hammerhead has a high light output and it provides a better angle and grip than other types of flashes.

The fill-in flash isn’t a separate flash unit, but rather a technique used when the background is much brighter than your subject, or the lighting is such that you have a high levels of contrast on your subject. As the name suggests, you use the fill-in flash to add fill light to the subject so it registers a more pleasing exposure. This is useful when the ambient light is overwhelming and would typically result in some level of silhouette. You’ll want to turn on your flash when you’re outside and meter the key part of your subject (i.e. a person’s face) that appears to be in “shadow” compared to the rest of the scene. Your image will be more balanced, and more pleasing.

Bounce flash is also a technique, not a flash unit. You will get more aesthetically pleasing images when you bounce the flash off of a surface to illuminate your subject instead of the direct, on-axis illumination that you get from most flashes. You need a dedicated flash unit to bounce the flash off the ceiling or a nearby wall. This technique opens up a whole new world of great photography, particularly if the dedicated flash is tethered to your camera with a cable.

There are many different ways to get additional illumination with the various described flash units. The real trick to using them effectively, and not like an amateur, is to understand the parameters of what the flash can do, understand the lighting dynamics of the situation you are in — and then get creative! Each of the specialty flash units work well with what they’re designed for and will improve your photographs immeasurably – with practice! In untrained hands, the flash causes more problems than it solves (so it’s recommended that you avoid the use of flash when you can). You can often get an effective shot without using a flash, and it’s best to choose a flash unit and accessory that will help you get the image you want. It is important to know how to use the flash wisely.