In this section we’re going to discuss several crucial elements for exercising greater creative control over your final photographic image.

Other than lighting, composition and focus (which includes depth of field) are the main elements that you can exercise complete command over.

Focus enables you to isolate a subject and specifically draw the viewer’s eye to exactly where you want it.

The first thing to understand about focus is depth of field. 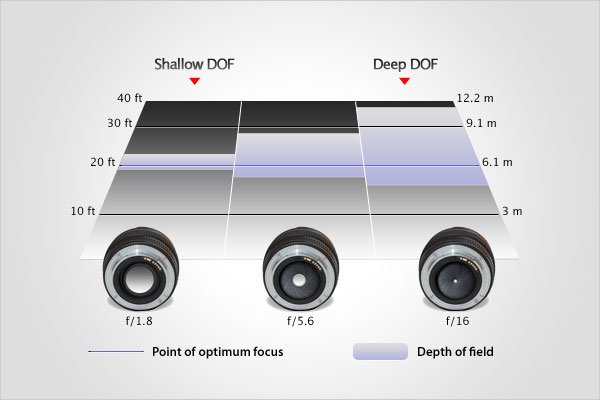 The depth of field (DOF) is the front-to-back zone of a photograph in which the image is razor sharp.

As soon as an object (person, thing) falls out of this range, it begins to lose focus at an accelerating degree the farther out of the zone it falls; e.g., closer to the lens or deeper into the background. With any DOF zone, there is a Point of Optimum focus in which the object is most sharp.

DOF is determined by three factors – aperture size, distance from the lens, and the focal length of the lens.

Let’s look at how each one works. 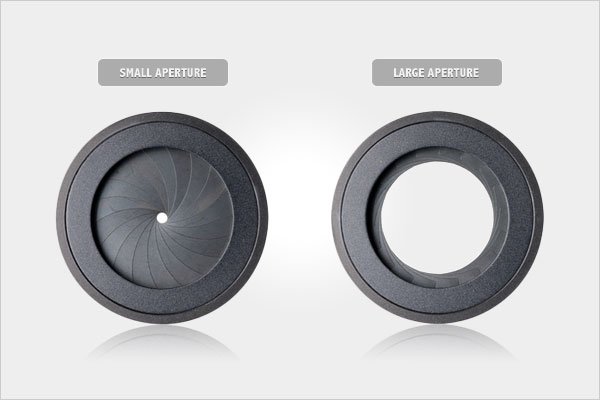 The aperture is the opening at the rear of the lens that determines how much light travels through the lens and falls on the image sensor.

The size of the aperture’s opening is measured in f-stops – one of two sets of numbers on the lens barrel (the other being the focusing distance). 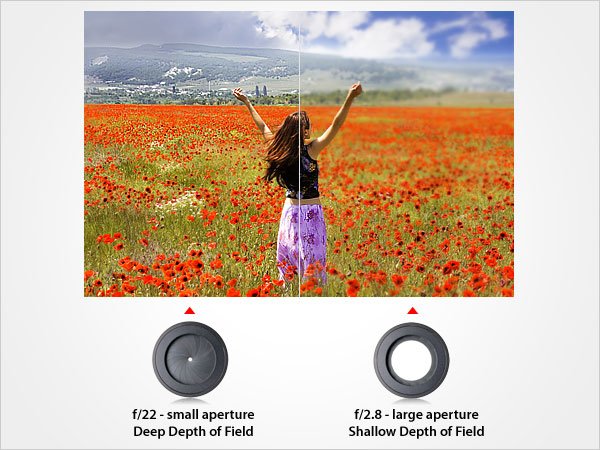 Manipulating the aperture is the easiest and most often utilized means to adjust Depth of Field.

To achieve a deep, rich and expansive DOF, you’ll want to set the f-stop to around f/11 or higher. You may have seen this principle demonstrated when you look at photos taken outside during the brightest time of the day. In such a case, the camera is typically set at f/16 or higher (that Sunny 16 Rule) and the Depth of Field is quite deep – perhaps several yards in front of and nearly to infinity beyond the exact focus point.

However, to achieve an identical proper exposure, the shutter speed is probably closer to 1/1000th to compensate for the increased amount of light entering the lens at f/2.8. 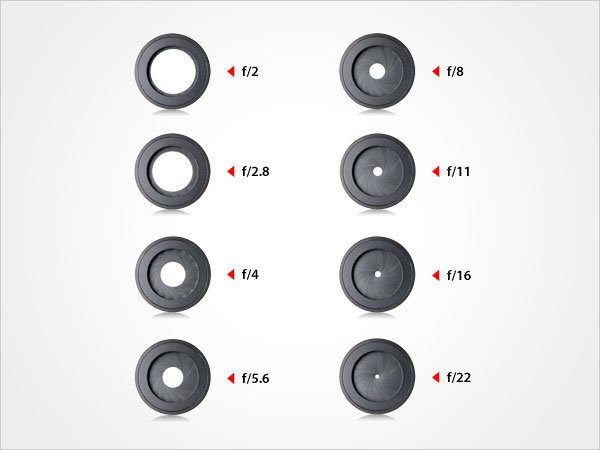 Each f-number is represents one “stop” of light, a stop is a mathematical equation (which is the focal length of the lens divided by the diameter of the aperture opening) that determines how much light that enters the lens regardless of the length of the lens. Such that an f/4 on a 50mm has smaller opening than an f/4 on a 200mm, but an equivalent amount of light travels through both lenses to reach the image sensor thus providing the same exposure.

It’s important to understand this concept and how it affects exposure because it works in tandem with the shutter speed (we’ll discuss this in another section) to establish a given exposure value.

Basically, when you change the aperture size one stop, you have to shift the shutter speed one stop in the opposite direction to maintain a consistent exposure… and this change in aperture alters the depth of field (DOF) accordingly.

Distance from the Lens

The last element affecting depth of field is the distance of the subject from the lens – you can adjust the DOF by changing that distance.

For example, the closer an object is to the lens (and the focus is set on that object) the shallower the DOF. Conversely, the reverse is true – the farther away an object is and focused on, the deeper the DOF. Changing the distance to subject is the least practical way to manipulate the depth of field, and by changing the distance from a subject to the lens, you immediately change your image’s composition. To maintain the compositional integrity of the shot, but still have the change in DOF from a distance, you can change the focal length (either by changing lenses or zooming in).

Why does changing the focal length negate the effects on DOF? This is because the visual properties of a given lens either provide either greater DOF (shorter lenses) or shallower DOF (longer lenses). The physical properties of a lens at a given focal length also affect the depth of field. A shorter focal length lens (say 27mm) focused at 5 meters, set at f/4 has a deeper DOF (perhaps from 3 meters in front and 20 meters behind) than a longer focal length (say 300mm), also set at f/4 focused at 5 meters. The 300mm lens has a remarkably shallow depth of field.

Incidentally, to help you with this, every lens has a manual with a DOF chart for each f/stop and the major focusing distances. DOF is just a matter of physics, and it’s important to grasp this concept.

Manipulation of depth of field is a good way to modify the characteristics of your photo, and manipulating the aperture is the ideal way to do this because it has little or no effect on composition.

You simply need to change the shutter speed (or change the light sensitivity – ISO) to compensate for the changes in the exposure from the adjustments to the f-number. Changes in distance and focal length also affect DOF, but these changes have trade-offs in terms of composition.

Therefore, changes to aperture are the best way to manipulate DOF without affecting a photo’s composition.