In order to discuss slow synch flash, we need to elaborate on the subject a bit. The purpose of using a flash is when you're in low-light or other challenging lighting situations and want a proper exposure. In many cases when the light isn't adequate, you lower your shutter speed. However, at a certain point (below 1/30s if you can really get your body still, otherwise 1/60s) you'll get camera shake, and motion blur can ruin the photo. In such a case, you're forced to use the standard flash. In addition, there is a third option, and that is the slow sync flash.

What is Slow Sync Flash? 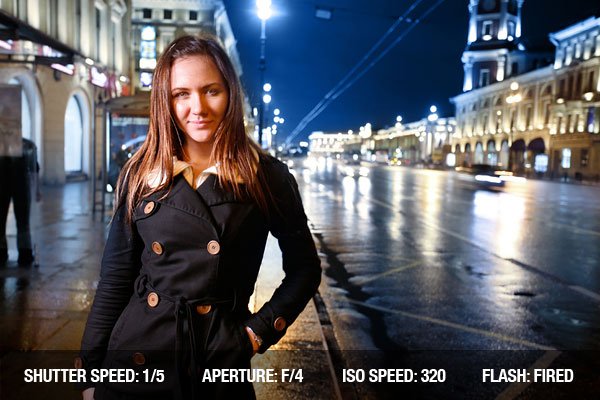 Slow sync is a feature available on a wide range of digital cameras that enables you to fire the flash at lower shutter speeds. You might wonder why would you want this ability. It permits you to keep shooting in a variety of low-light situations, thereby opening up new possibilities. By using slow sync flash, you can get a properly illuminated subject/foreground, yet still have the low ambient light in the foreground and background register in your frame. Many digital cameras let you set slow sync flash manually, but even on point and shoot cameras you have the ability to shoot at slow sync (typically marked as “Party” or “Night” mode on the Automatic Program selector). You probably haven’t experimented with these modes on your camera, but give it a try. Review the results and think about how you can best use this new tool in your artist’s tool box. 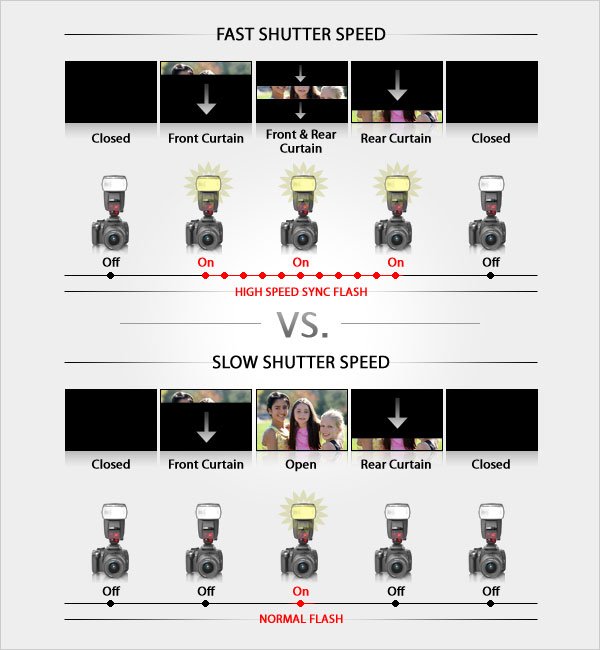 The slow sync flash mode lets you select the synchronization of shutter speed and the power/duration of the flash. When you use slow sync, the shutter remains open much longer to allow in more light for your exposure. This means that your main subject needs to remain as still as possible, or if they move slightly their edges will be soft. The flash fires at a specific moment during the longer exposure (which you can select) and the flash duration is much shorter than the shutter speed in “standard” flash mode. Usually flash photography freezes your image, but the extended shutter speed causes the background to blur out, but is effectively illuminated — and very much sharp because of the flash. You can use smaller apertures, too, to ensure greater sharpness in the final image.

When to use Slow Sync Flash? 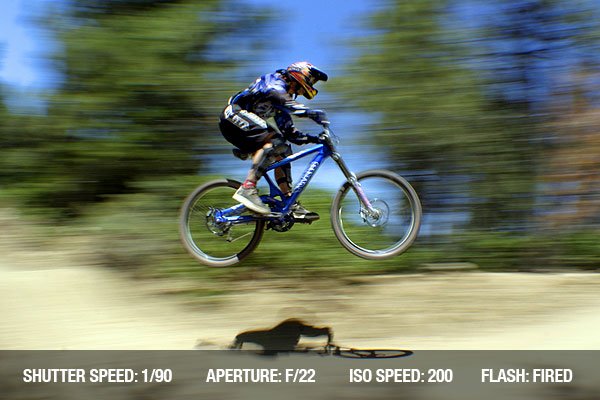 You’ll want to use slow sync flash in any low-light situation when you feel that the normal flash will give you a bland, staid photo. Another application is when photographing an action/sports subject and you want to capture the action with a panning technique (use rear curtain sync for this.) Due to the lower shutter speeds associated with slow sync flash, you need to stabilize the camera to avoid camera shake. You’ll likely need a tripod or monopod with slow sync flash and may want to consider using a cable release to avoid as much camera shake as possible.

What is Rear and Front Curtain Sync? 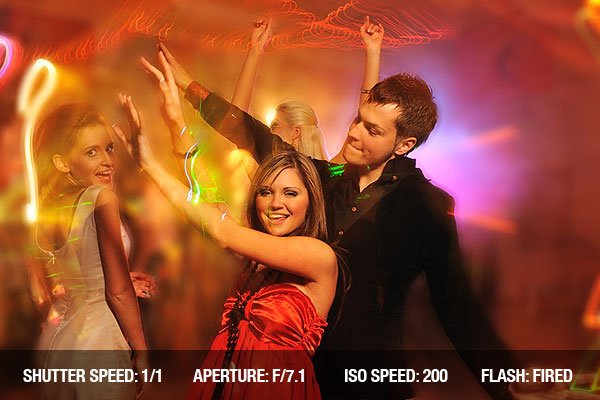 When you set your camera for slow sync flash you will most likely be presented with the two options (rear or front curtain sync). As with high sync flash this choice gives you the ability to tell the camera when you want the flash fire. This can either be when the front curtain moves at the beginning of the exposure, or when the rear curtain begins to move at the end of the exposure. Both modes will give you different final results. Rear curtain sync tends to give a faint image trail and a tack-sharp main subject, whereas front curtain sync tends light up the main subject and acquire the ambient light. It’s up to you to do some experimentation to determine the specific photographic properties for each curtain sync mode. This will give you greater proficiency in using the myriad of tools at your disposal.

Slow sync flash provides you with creative options when you’re shooting at night or indoors, and it is a great way to avoid the “cliché”, or uninspired images that you’ll most likely obtain using standard flash mode. Slow synch flash expands the boundaries of flash photography by letting you capture motion (in the form of motion blur) that would normally be missing from a traditional flash photograph. In addition, you get to manipulate an illuminated background without sacrificing depth of field choices.